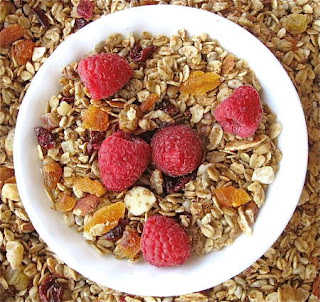 “Example: Janet knew John was crunchy-granola when he came to
pick her up in a rainbow-colored 1974 VW Microbus." (photo from KingArthurFlour)

You thought you knew the definition of this word, didn't you? Yes, as did I. However, this "living language" thing causes constant shifts in terminology and jargon. Turns out, I am SO LAST YEAR!

The latest word on Crunchy from the Urban Dictionary is this:

As in, "I hang with the 'Birkenstock Granola' crowd." I missed the memo that the proper name was no longer the "Birkenstock Granola" crowd. Now it is so up-to-the-moment C R U N C H Y! So, I am officially Crunchy. (Or, am I Crunchy Con?...see below). In truth, I fit squarely in neither category. I am not sure I like it; it will take some for me to snuggle up to that title and get to know it better. (It still holds its original definition of "making a crunching/cracking sound when chewed" in Merriam Webster, however.)

I have never owned a pair of Birkenstocks because I have flat feet, and those built-in arches always caused me pain. So I was just Granola. Granola is crunchy. But I think I rather prefer the term Granola to the term Crunchy for the way I live my lifestyle. Granola sounds healthy and good and hearty. Crunchy is too close to Crusty. It sounds crass and coarse and hard.

I must thank The Crunchy Wife for even opening my eyes to this new linguistic development. I found her in my meandering travels through the Blogosphere. She commands the word Crunchy along with Crunchy Domestic Goddess, whom I found while blog hopping. I enjoyed their blogs and will return in the future.

Also, if you are interested in being Fashionably Crunchy, you might like to visit FrunchyMama.com. Really! Maybe she'll serve you Linner while you're there. And there are even places to visit to read about a Crunchy Lifestyle. Like at the place of the SparkPeople. Also, if you have crunchy hair, which is not associated with the being of Crunchy, you might want to visit this post about Natural Crunchy Hair Solutions.

And did you further know that Crunchy people who also tend to have conservative views are now called Crunchy Cons? Apparently, Rod Dreher, a columnist and editor at the Dallas Morning News, coined the term Crunchy Conservatism way back in the Stone Age of 2002. He also wrote a book; Crunchy Cons. EIGHT YEARS have passed. This terminology has been casually thrown about by the Granola set for 8 years, and nobody told me? Alas, there are gaps in the atmosphere of the Information Age.

Now, I REALLY have an entry for what I learned today! As for use of the word Crunchy instead of Granola...

(Don't even get me started on
green food dye, and the evils
of pork...)

Haha great post! I've heard of the term "crunchy" and I have at times considered myself slightly crunchy granola. I agree, granola is a better title than crunchy. Thanks for the blog suggestions--I will check out those blogs you mentioned!

Hahaha I love this post. To each her own I guess...because I prefer crunchy to granola :) Actually no I like any word describing environmentalists, I just thought Crunchy rolled nicely off the tongue :) Thanks for stopping by my blog, it really means a lot!

Sinclair
I blog to share experiences, knowledge, and inspiration. Email me with suggestions, questions or charitable donation requests at sinclair@sharingourgifts.org

NatureWithMe by Sinclair is licensed under a Creative Commons Attribution-NonCommercial-NoDerivs 3.0 Unported License. Permissions beyond the scope of this license may be available at http://naturewithme.blogspot.com.

The Promise of a New Day 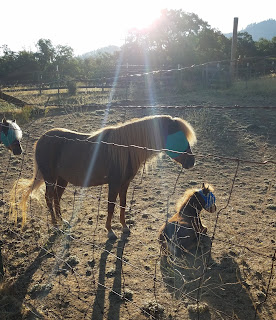